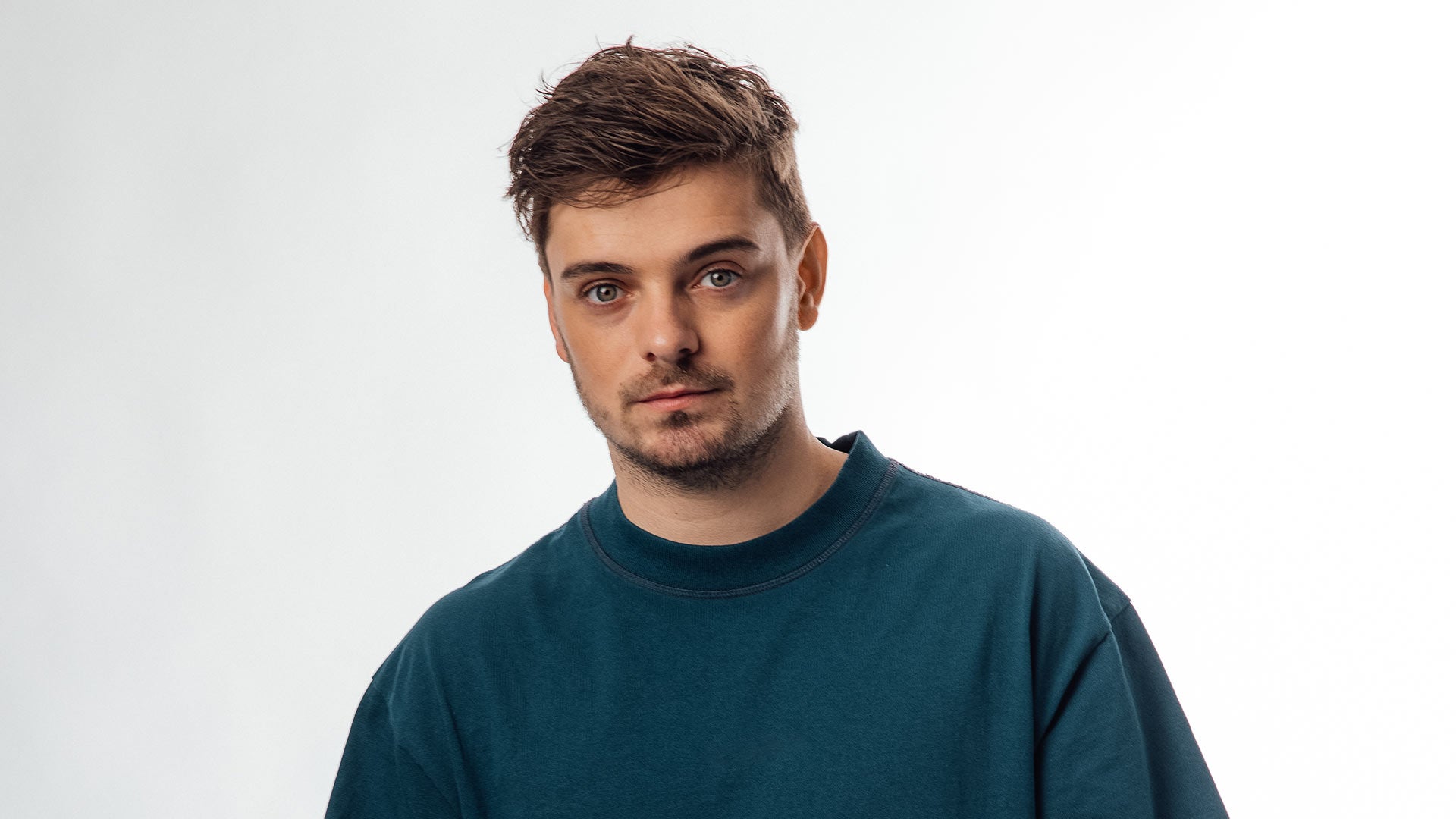 Martin Garrix - the name that belongs to one of the youngest and most successful DJ’s/producers championing the pop and electronic scene. Garrix has taken his expertise across the globe, by headlining festivals, breaking through territories, and collaborating with major stars including Dua Lipa, Bono and The Edge (U2), Khalid and Macklemore. Climbing yet another rung of his ladder to stardom, the hitmaker is now a founder of his very own label (STMPD RCRDS), an owner of a studio complex in Amsterdam and a mentor to upcoming artists.

Stretching back to humbler beginnings the DJ/producer, who was born and bred in The Netherlands, cites his introduction to dance music as watching Tiësto’s performance at the 2004 Olympics opening ceremony in Athens. Speaking on the moments impact, he shares “DJ’s weren’t as huge as they are now, so it was a big deal that a Dutch DJ was part of the Olympics. I remember the music, there was so much energy coming from it. The feeling I got from it was really cool.” Throughout his formative years, he followed that feeling which allowed him to grow an innate ear for frequencies and an affinity for electronic sound. Marching to the beat of his own drum - a trait that unbeknownst to him would carry him extremely far - he started to show his skillset, which was refined both at home and while studying music production at a specialist school.

Now in his mid-twenties, seven years into a career that began with the Dutchman bursting through the EDM stratosphere by debuting the single ‘Animals’ back in 2013. The invigorating, dance-floor stomper soared to the top of the charts worldwide, ultimately altering the status of what would be considered as popular music. This marked one of the most defining moments of his career and the industry, which then solidified Garrix as the new face of electronic music at the early age of 17 years.

Sending a breath of fresh air back into the scene with his youthful approach, energetic spirit, impressive tunnel-visioned focus and devotion to creating quality music he powered on, releasing a slew of hits a year later. These included 'Proxy’, ‘Helicopter’, ‘Wizard’, ‘Turn Up The Speakers’, ‘Virus’ and 'Gold Skies’, all of which impressively remain relevant up to this date and find themselves still woven into his sets, performance after performance. Kick starting 2015 with a major collaboration, Garrix hit the ground running with ‘Don’t Look Down’ featuring Usher and cult classic 'The Only Way Is Up’ featuring his idol Tiësto. Continuing his voyage to conquer the mainstream catchment area over the years, Garrix has become responsible for providing us with infectious and anthemic dance and pop records through the 2010’s alongside a string of memorable collaborations from (2016) ‘In The Name Of Love’ featuring Bebe Rexha, (2017) ‘Scared To Be Lonely’ featuring Dua Lipa, ‘There For You’ featuring Troye Sivan, (2018) 'Ocean’ featuring Khalid and last but certainly not least (2019) ‘Summer Days’ with Macklemore and Patrick Stump of Fall Out Boy. Some of the
earlier artists at the time were at the beginning of their own careers and arguably began burgeoning after the success of their sonic affiliation.

This musicians ear for electronic-infused backdrops has allowed him to impact the world with his infectious productions, both digitally - accumulating a notable 25 million monthly listeners on Spotify alone - through monumental, once-in-a-lifetime performances such as the Winter Olympics 2018, Coachella, Lollapalooza, Ultra Music Festival, Tomorrowland (to name a couple) and eventually announcing to be the Official UEFA Euro 2020 music artist, committing to produce the official song for the tournament as well as other key music at the finals.

At every one of the high powered and vibrant light-displayed live shows he delivers, Garrix showcases his intrinsic capability to uplift and connect with a crowd from all the way behind his decks. This is a special attribute for a DJ to possess on such a huge scale; especially in an industry where it’s difficult to find equal footing between touring and producing hits. Seemingly mastering both, Garrix has no plans of hitting the brakes and hopes to drive forward championing each sonic realm he embarks on.

As you can imagine, his stream count and recognition from reputable events alone has seen him acknowledged by plenty of publications; like being listed as number one on DJ Mag’s Top 100 for three years in a row. Garrix frequents around 150 events worldwide on a yearly basis, all while spearheading STMPD RCRDS (pronounced Stamped Records) his fouryear- old record label which was named in honor of his father’s stamp auctioning business. STMPD RCRDS was formed with the ethos of “Artists First. Always.”

In addition to leading with artists in mind, Garrix also saw the label as an outlet that would help him discover the extent of his creativity as he strives to diversify his discography. With a strong team and an electronic mega-superstar at its helm, it comes as no surprise that the label is going from strength to strength. Housing an eclectic roster of contemporary and alternative artists ranging from tech and deep house sounds and down-tempo to trap and future bass. Amongst its catalog of artists, you’ll find three of Garrix’s aliases - Ytram, AREA21 and GRX. Alongside the label, Garrix has renovated a studio complex in Amsterdam, STMPD recording studios, which has already opened its doors to some highlyrespected forces within the industry including; Young Thug, Big Sean, One Republic, Yungblud and David Guetta, as well as a number of production companies and agencies like Netflix, ABC, and CBS.

Starting strong in 2021 with a billion Spotify streams accolade for ‘In The Name Of Love’ with Bebe Rexha and his collaboration with Tove Lo on ‘Pressure’, Garrix spearheaded into a big year. With the official UEFA EURO 2020 song ‘We Are The People’ with Bono and The Edge released, and his project with Maejor, AREA21, rolling out with impressive new music accompanied by animated videos, ultimately leading to the release of ‘Greatest Hits Vol. 1’, Garrix’s first album ever. Fans were hardly able to take it all in and had to quickly catch their breath as he was gearing up for 2022. With the live shows back in full swing, he had a lot of club music under his sleeves and decided to release his first-ever club album ‘Sentio’. Rolling out weekly, the first release saw him team up with close friend Zedd for their highly anticipated collaboration on ‘Follow’ that was 10 years overdue. Collaborating with other old friends and frequenters, ‘Sentio’ also features tracks with DubVision, Mesto, Brooks, Julian Jordan, and Matisse&Sadko amongst others. Two capstones of the album, ‘Starlight (Keep Me Afloat)’ and ‘If We’ll Ever Be Remembered’ included vocals of singersongwriter
Shaun Farrugia, who Garrix stumbled across on TikTok.

There’s no doubt that this ability to reinvent his brand and fearlessly experiment with his sound, by filtering its many streams of creativity to the masses with such ease, is an undeniable testament to his talent and longevity, ultimately driving his legendary narrative even further.